Is an open window on safety,listening and hope

The administrative council is composed by 7 women living in Haut-Saint-François, who really want to offer quality services to every woman and child who needs it. By their powerfull sense of responsability, they make sure of the management of the shelter.

The work team is composed by dynamic and professional workers. They are always ready to take on new challenges to improve the quality of the offered services and to make the shelter shine all across the Eastern Townships.

All these women, through their commitment, their open minded and their dynamism make the fight against violence against women their priority.

In the spring of 1989, through a federal gouvernment grant program and through the CMHC (Canada Mortgage and Housing Corporation), a little group of women finally got the necessary funding to build a 10-bed shelter at Weedon. A first administrative Council was founded and the construction of the house began.

In September 1989, there was the official inauguration of La Méridienne. The administrators of the council proceeded to the hiring of the first workers and welcomed in the shelter a first family, a woman and her 5 children.

The next year, La Méridienne made the decision to join the provincial grouping of shelters in Quebec (Regroupement des maisons d’hébergement pour femmes victimes de violence conjugale). Therefore, she adheres to the feminist intervention charter. Since then, she sits on the regional council, alternating with the other shelters, to represent the Eastern Townships region.

In 1992, the youth intervention began in the shelter. Researches show the extent of trauma experienced by children in domestic violence situations and the importance of intervening with them. So, La Méridienne hired a first youth worker who received the appropriate training given by the pronvincial grouping.

It was not until 2003 that the Quebec govenment funded all the services of the shelter. A few years later, the requests for external follow-up are increasing. The team therefore decided to make itself more accessible by setting up service points all aroung the Haut-Saint-François, with the collaboration of the CHCs, schools and community centers. La Méridienne began to move around to meet women and children who do not want to come into the shelter.

In 2010, the needs of women and children increased and became cleared. The work team growed and the lack of space became a real problem. Then began the thoughts of extand the shelter to improving the common areas of women, children and workers. They also wanted to allow access to people with reduced mobility.

A request for a house expansion project was presented to the SHQ (Société d’Habitation du Québec), with the support of the Eastern Townships Health and social services agency, now known as CIUSSS. The request was accepted and 24 years later, on september 26 of 2013, La Méridienne proceeded to her second official inauguration, for its new, enlarged house and accessible to all.

In 2015, La Méridienne became more active in foundraising. She presented a few projects to the Solstice Foundation, to the Canadian Women’s Foundation and to the Status of Women Canada, now known as Women and Gender Equality Canada. Two of these was accepted (The « Trajectoires » project, by the Solstice Foundation and the project « Améliorer l’accessibilité aux services pour les femmes immigrantes victimes de violence conjugale », by Status of Women Canada), which represented new challenges the team was proud to take on!

since that day, La Méridienne continues to put all these efforts to improve its services to women and children victims of domestic violence. 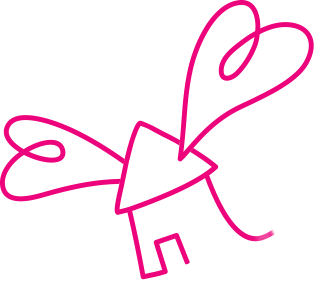