La Méridienne, in collaboration with La Passerelle, Women’s Center of Haut-Saint-François and the Community Development Corporative (Corporatif de développement communautaire de la MRC de Haut-Saint-François), presented a project to the Secretariat For the Status of Women Quebec (Secrétariat à la Condition Féminine Québec). This project aims to promote positive behaviors regarding sexuality and free and informed consent. Phase 1 of this project started in May 2016 and ended in March 2017. Phase 2 phase 2 of the project ended in March 2018.

The main goal of this project was to create an awareness campaign aimed at reducing acts of a sexual nature and the risks of violence and harassment in the public space. To say to the potential aggressors and to witnesses that without consent, no. We wish to raise awareness especially with the witnesses of domestic violence about the importance of taking action and support women in their efforts.

The messages conveyed in that project differ from certain awareness campaigns against violence against women, often based on awareness of the danger incurred by them in specific situations that put them at risk of being victims. 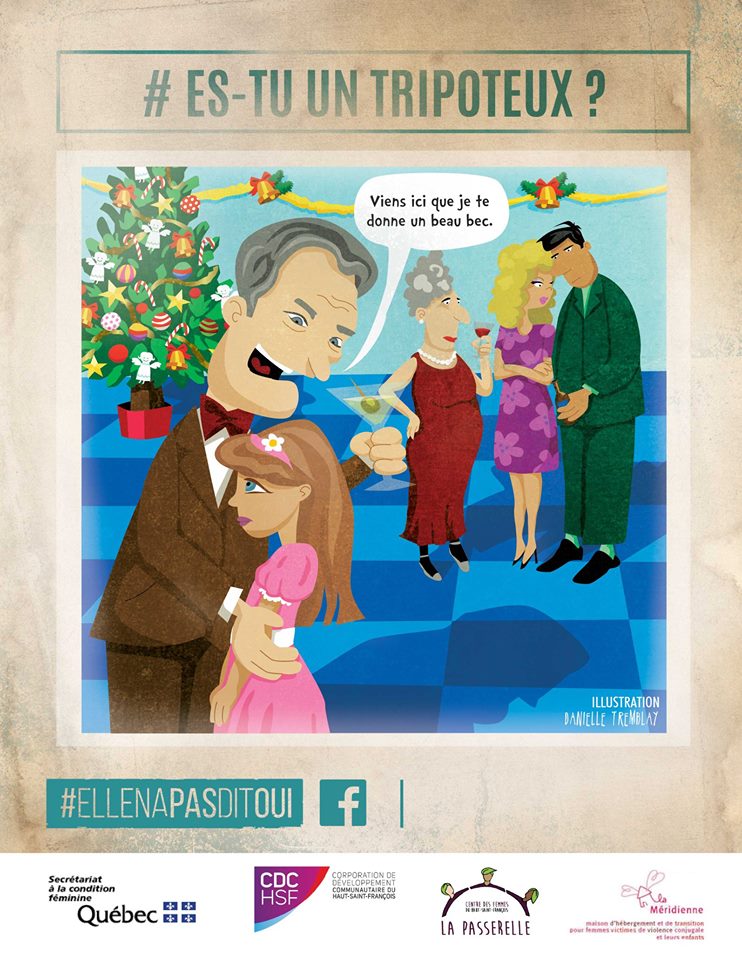 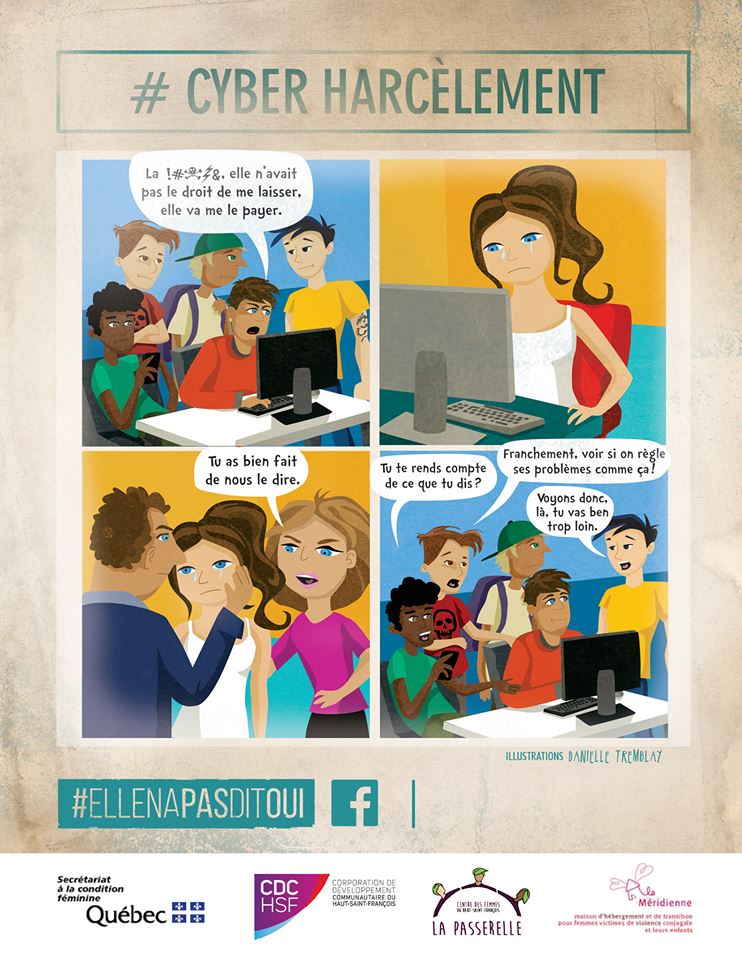 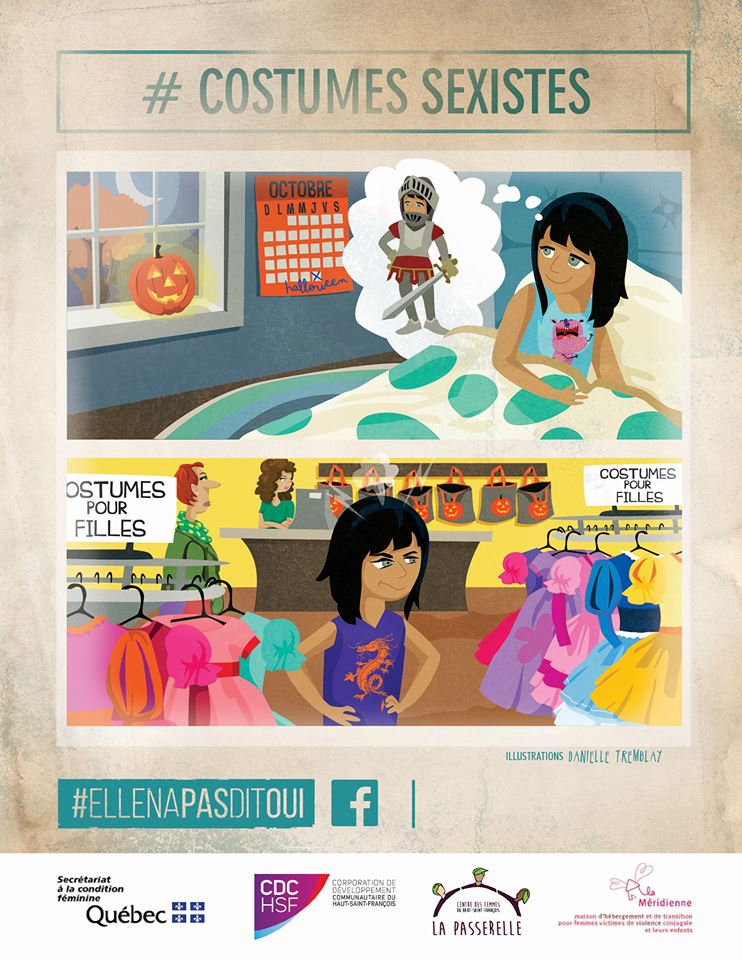 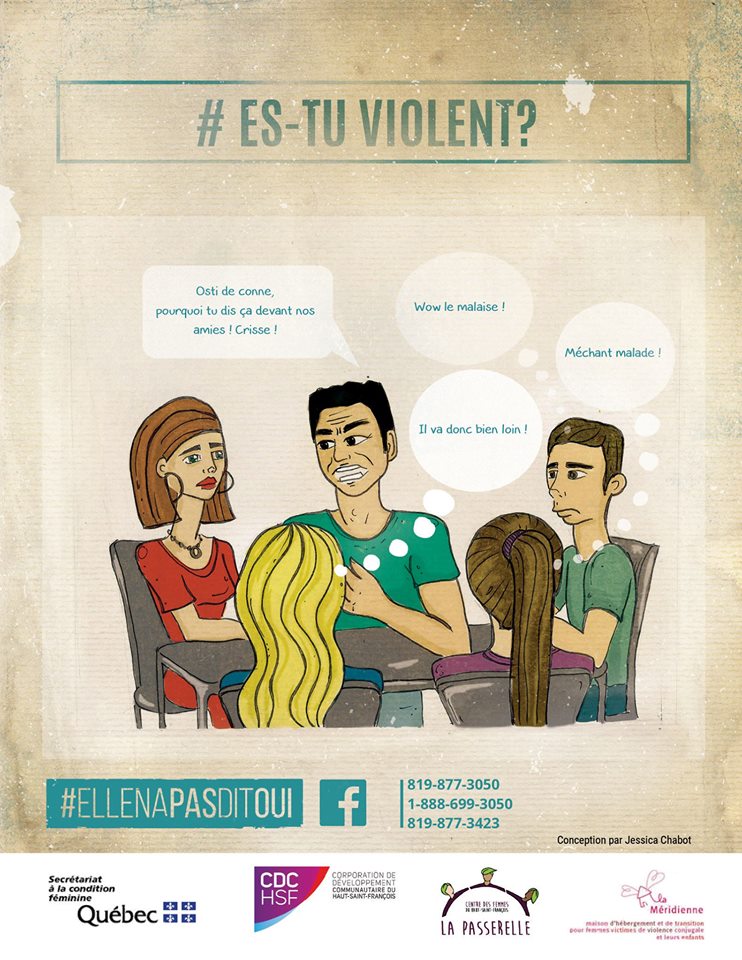 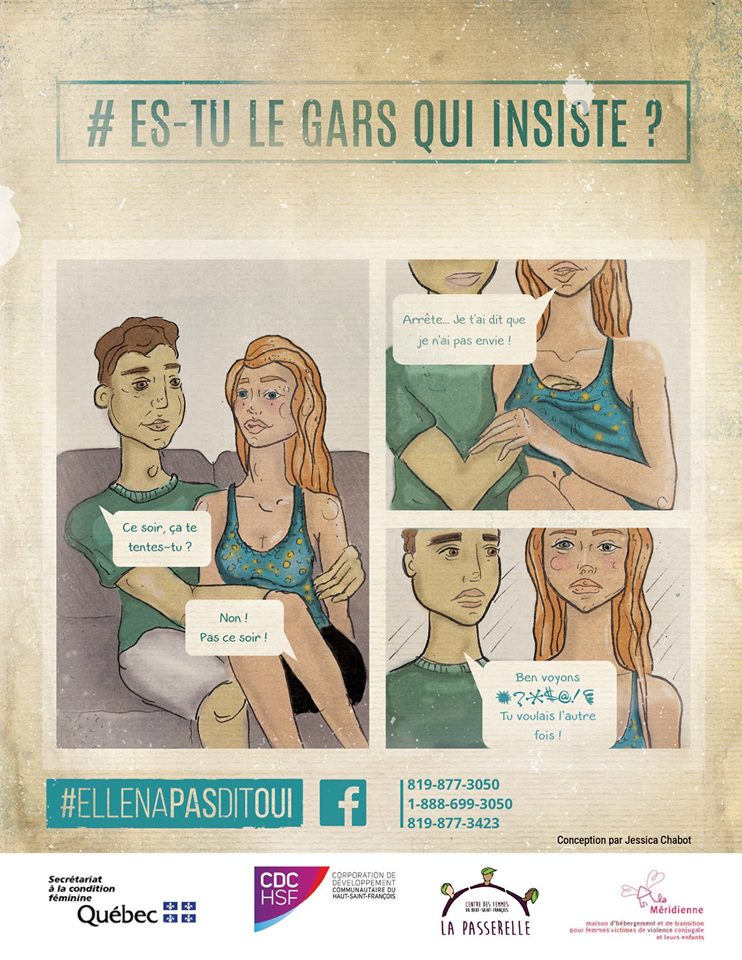